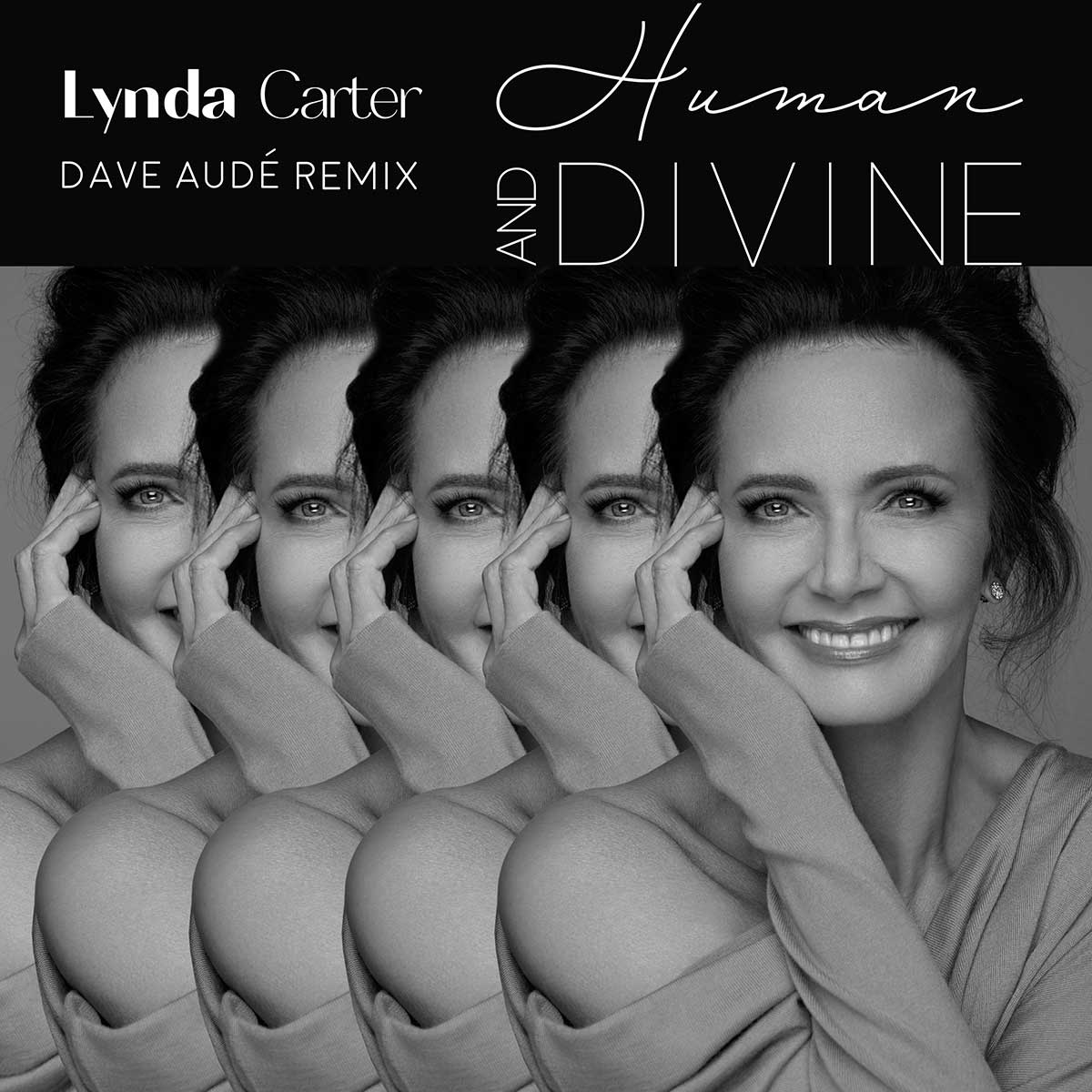 Lynda Carter, world renowned entertainer, singer-songwriter, producer, EMMY-winning star of TV and film and overall superhero, has made one of her fiercest moves yet collaborating with GRAMMY Award-winning producer/DJ Dave Audé (Lady Gaga, Ariana Grande). They’re gearing up for the release of a two-track multi-single of his epic remix of her poignant and striking song “Human and Divine.” One of the most emotionally resonant songs of her career (and an epic in its own right), the recent single reflects the inspirational love of her husband, but it’s also a connection to strength and the love found in the powerful female characters in Wonder Woman. Audé has worked his trademark magic on the track taking the rich basso profundo moments and heroic chorus of the original and created a glorious beat-driven masterpiece.

Says Carter: “I’m in awe of what Dave Audé can do with a song and I’m thrilled and flattered that he connected with it instantly. He took me on a new musical journey that I am sooo in love with–it makes me want to go out to a club and let my Divine side loose on the dancefloor!”

Adds Audé: “When Lynda Carter called me to remix ‘Human and Divine,’ I knew I had to do something that lived up to the larger-than-life persona we all know and love. I was super excited to do something epic and at the same time keeping the spirit of the original. Immediately I felt a James Bond goes to the club vibe, so I ran with that and made sure that there were plenty of dramatic moments in the remix. I don’t think I ever could have imagined the end result and the journey it took to create this one was one I won’t soon forget.”